World Black Breastfeeding Week begins on August 25 and I am 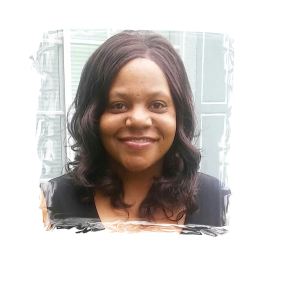 already hearing the negative, disapproving “buzz” in the lactation community. I will never understand why anyone–especially lactation consultants– disapproves of World Black Breastfeeding Week. As IBCLCs we have an ethical responsibility to support all cultures, and this includes African-American women. As a white and privileged RN IBCLC, I ask myself, “What do I know about the cultural norms of infant feeding in African-American communities?” Answer: absolutely nothing! I decided to reach out to my friend and colleague, Ashley Russell,  to educate lactation consultants about the importance of World Black Breastfeeding Week. This is what she said:

Ashley: I’m getting a lot of kickback from women who believe that having a black breastfeeding awareness week is racist and, I quote, “Why do black women need a separate week?” “They’re just trying to create more racial division”, and the ever-popular “It should be ‘ALL BREASTFEEDING MOMS’ week because black women aren’t anymore special than the rest of us”….these are ACTUAL comments I’ve encountered. To those who have a problem with this, maybe you just need some accurate information and a history lesson or two in order for you to “allow” black women to have a special awareness week on a topic in which evidence shows that we (black women) struggle with more than ANY OTHER RACE.

In general, breastfeeding in the United States has only in the last 2 decades (give or take a few years) been given the major societal push that it has experienced. Prior to this, it was seen as something that mostly poor families participated in. In a way, purchasing infant formula was looked upon as a status symbol. If you could afford it, your family had “arrived”. In the black community, it was done in a few families as a means of survival. Formula wasn’t (and still is NOT) cheap, we had discovered finally that canned “sweet milk” was not good for babies, and we needed an alternative. However, the breakthrough that is WIC emerged and virtually no one was purchasing formula at full price (I will leave my views on the WIC approval process to myself for this post).
Around the early to mid 90’s, black women began to show interest in nursing their infants. But, ever true to our heritage, the resounding words of our elder grandmothers, great aunts, aunts, mothers, godmothers, in-law counterparts, and elder “mothers” of the church generally held more weight than that of a pediatrician, nurse, OBGYN, or lactation professional (such as myself). Some of their words of dissent were based on fact, such as the numerous stories of how lactating slave women were forced to breastfeed the slave owners’ children. Other things said were based on either personal opinion, personal experiences (which were usually fueled by poor education on the subject and misinformation), or (unfortunately) thoughts that the desire to breastfeed indicated the mother in question was being “uppity” or thought she was better than her bottle-feeding counterparts. Here are some examples of things told to black women, by other black women, to discourage them from nursing:

1. “You’re going to spoil that baby. And I’m not keeping him when you go to work if he is spoiled!”
2. “They are always hungry. You’re not going to make enough milk, because I didn’t.”
3. “Mine slept through the night at 1 month old because I put cereal in his bottle. Your baby’s going to want to eat at night and won’t sleep.”
4. “It hurt.”
5. “That’s perverted to let a baby suck on your nipple.”
6. “It’s easier/quicker to make a bottle.”

This is just a few of the very inaccurate and,  some of these very dangerous and very judgemental things that black women hear from the elder women that we hold most dear to us. Not all of us hear dissent from our loved ones when they find out our plans. But, I have been a nurse in the field of maternity and lactation for all of my career and this is what I’ve heard continually from most of my black moms.

My personal experience was not terrible…my mother was supportive, but had no experience with it or around someone who had (and she still asked why I chose to nurse in public instead of “simply” using a bottle). My mother in law had tried to nurse but states that she couldn’t make enough milk. But, others are not so lucky. Once they leave the hospital, there’s not much support out there to help them with any ongoing problems. And with family members who ALSO have no experience, the dreaded question, “Why don’t you let this go and give him a bottle?” comes up. She obviously knows her baby needs to eat, so she heads to the store for formula, feeling like an utter FAILURE as a woman and as a mother. This is natural, so her body should be able to do it, right? Breastfeeding is innate, but still comes with a learning curve, for both baby AND mom. Support and awareness are CRITICAL to a black woman’s success.

Many critics will say that this need is universal to all women. Consider this:

For most women of middle eastern cultures, the MANY African countries, Haitian descent, the MANY Spanish-speaking cultures/countries, the Caribbean countries and many others (Please note: I am speaking for those cultures for which there is documented evidence of such. Those not listed are as such because I have not much experience with that particular culture.), there is an expectation that a new mother will breastfeed her baby, and she is usually looked at as an outsider if she chooses not to do so.

Let’s compare this to women born and raised into American culture. The decision of feeding preference is left to the parents and they are not to be made to feel bad, regardless of the method chosen….for Caucasian women. Black women face much more peer/societal pressures that Caucasian women and others cannot BEGIN to understand. I have cared for black women who had a DEEP desire to nurse their infant, but chose not to because of any ONE of the things listed above, or because they felt there would be a lack of support/help for any problems surfacing down the road (I nursed my 2nd child FULLY for 11 months, but was afraid to with my first).

Most black women have NEVER SEEN another black woman breastfeed, either in person or in photographs, and this adds to the anxiety surrounding the issue.

Please understand that I firmly believe that breastfeeding awareness is needed across the board. I also firmly believe there are myths across the board and that more support is needed across the board. I DO NOT discriminate in who I help or answer breastfeeding questions to….I approach ALL pregnant women on the baby aisle in Wal-Mart and I just love lactation counseling PERIOD. But, I speak to you as a mother, a Registered Nurse specializing in maternity, a Certified Lactation Counselor, and perhaps most importantly, a REALIST. These are REAL issues in the black community and whomever decided this black breastfeeding awareness week was warranted obviously did so because they, also, feel that these obstacles require special attention. Therefore, to anyone who chooses to cry “ALL BREASTFEEDING LIVES MATTER” in response to those who see the need for this week, I’m (not) sorry to tell you that your ‘confederate flag-patterned slip’ is showing!

Your dissent on this issue and the ensuing immediate, transparent attempt to immediately redirect the concern back to “status quo” (back to issues that are NOT focused on minority women’s ‘problems) does NOT go unnoticed.
Those lactation professionals who TRULY want to help ALL women achieve their breastfeeding goals fully understand that, in order to truly help a woman, one must first understand and ACKNOWLEDGE any barriers these women may be facing. That includes any racial barriers that COULD uncover some unpleasantries about the professional’s own ethnic background (i.e. the slave owners’ reference I gave earlier). Those lactation professionals who would rather loop all women in the same group and feel that a general breastfeeding awareness week will suffice are truly lacking ethical education, and really should look inside and ask themselves if lactation consulting/counseling is truly their calling. Because a REAL lactation professional will gladly, eagerly, and without question go to whatever lengths necessary to relate to their client and gain their trust.

This is Ashley, with her beautiful family.  Ashley has a lactation business and can be reached at:  Russell’s Lactation Solutions:  In-home, Telephonic, Web based, Skype Consults & Prenatal Breastfeeding Classes.  Ashley serves the Hillsborough, Pinellas, Pasco, Hernando Park, Polk, Citrus, Sarasota and Manatee Counties in Florida.  Phone: 813-600-8898 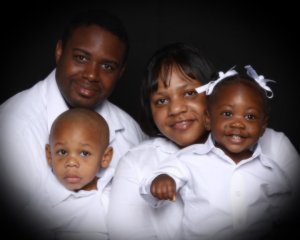 The content and clinical guidelines found on The Momivist represent a summary of evidence-based practices and are not intended to be a substitute for medical care. If you or someone you know has concerns regarding the health of an infant, we STRONGLY urge you to consult with your child's medical team, urgent care, or emergency services immediately. For full disclaimer, click here.